The scene resembles that of an old western movie: a scrubby landscape, big rocks, steep empty cliffs and an unmerciful heat beating down on us. The tranquility in the air is overwhelming and only interrupted by the occasional complaints of a cow echoing over the valley. Suddenly, the silence is interrupted by a powerful sound, so powerful indeed that I wince. I look up into the sky where the sound seems to come from. The silhouette of a massive bird appears over the trees. ‘They are coming in’, Volen says from his comfortable position in his hammock, munching on his breakfast snack. The griffon vultures finally make an appearance: a group of five arrive from over the valley, and we count a good dozen more over the horizon. As dawn approaches, I decide to have a first look through the field scope we took with us. I follow the flight of the first group and watch them settle on the cliffs in the distance…and what a sight it is! Neither five, nor a dozen griffons sit on the rocks: A shear incredible number of them have chosen the rocks as the gathering point for their feast. ‘They were waiting for us.’ Volen jokes, now using the second scope to observe the other cliffs. An hour later we count 190 griffon vultures, 5 Egyptian vultures, a pair of black vultures and a few red kites.

I arrived in Madzharovo, Bulgaria, shortly after I finished gathering field data for my Rewilding Europe study. The idea being to continue with conservation work, and I decided the best way of doing that was to volunteer with the Bulgarian Society for the Protection of Birds (BSPB). Most of the work involved monitoring of nesting sites of vultures, the main protected and most endangered birds of prey species in the region (despite the large numbers of griffon vultures we observed on the day). It did not take long before Volen Arkumarev, BSPB long-term volunteer and vulture expert, invited me to observe one of the vulture feeding stations where we counted one of the largest numbers of griffon vultures ever recorded in the region in one spot.

It is due to the BSPB’s engaging and motivated volunteers and staff members that vulture conservation in the wider region is a story of success. But the work is far from being over. One species in particular is struggling all over the world: the Egyptian vulture (Neophron percnopterus). With only 22,000 – 30,000 individuals left worldwide and an overall decline in numbers, it is classified as being ‘Endangered’ on the International Union for Conservation of Nature and Natural Resources (IUCN) Red List.

The current distribution range of Neophron percnopterus around the globe. (From: IUCN Red List)

This situation is why the BSPB in cooperation with the European Union and other conservation bodies such as the WWF and the Royal Society for the Protection of Birds (RSPB), have established the project ‘The Return of the Neophron’. Here, Volen Arkumarev, talks about the project and how people with a strong interest in nature can get involved.

The Fenrir Project: What is the project ‘The Return of the Neophron’?

Volen: ‘The Return of the Neophron’ is a joined effort of many organisations, experts and volunteers to save the most threatened raptor species in Europe, the Egyptian vulture, from extinction. Neophron is originating from the latin name of the Egyptian vulture – Neophron percnopterus, but it is not only a name, it is a symbol. The Egyptian vulture has lived closely with mankind from the beginning of history. It is celebrated in many tales and legends, and it is considered sacred in many cultures. Older Muslims from the Eastern Rhodope Mountains in Bulgaria still recall the legend of the ‘akbuba’, or ‘the white father’, who rescued Muhammad from the claws of the golden eagle. To express his gratitude, the prophet gave it eternal life and endowed it with its white plumage – a symbol of purity and bravery. 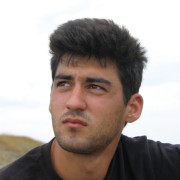 Volen Arkumarev has been involved in vulture conservation as part of the BSPB since 2007. He has a strong passion for nature since he was a small kid growing up in a village. His interests are nature conservation and more specifically birds of prey. He loves traveling, exploring, mountain hiking and feeling close to wildlife and nature. He believes that nature is a treasure whose value we consider and see only when we have a positive attitude towards it.

The Fenrir Project: Why is it so important to save vultures in general and Egyptian vultures in partcular?

Volen: Vultures play an irreplaceable and important role in clearing the animal carcasses and preventing the spread of diseases. Their ecological characteristics have defined them as providers of a different range of biological, ecological, economic and cultural services within their range. As a result of the use of single veterinary medicine called diclofenac almost 99 % of the vulture populations in India have dissapeared for less than 20 years. This is one of the biggest bird crisis recorded ever. As a result of the vulture extinction the number of stray dogs boosted, resulting in the mass spread of rabies and other diseases among humans. Unfortunately, vultures are declining worldwide and similar a situation is now observed in Africa. The Egyptian vulture, as all other species, has inhabited our continent long before us but our careless society has brought it to the brink of extinction. Successfull conservation of the most threatened raptor species in Europe will secure a healthy environment for us and our children. It is estimated that ecosystem services provided by vultures in Spain save millions of euros every year.

The Fenrir Project: What is the current status of the project and conservation of the Neophron? How many breeding pairs are there in the region (Bulgaria, Greece)?

Volen: In the past, the Egyptian vulture was a widespread and common species on the Balkans. After the middle of the 20th century, a dramatic decline in its population has beeen observed. Only in the last 10 years the species has decreased by 50% in Bulgaria. Today, only 28 pairs breed in Bulgaria and less than 70 pairs in the whole Balkans. As part of the project, a number of conservation actions are impemented e.g. insulation of dangerous powerlines, antipoisoning activities, nest guarding, supplementary feeding of pairs, work with local communities and institutions. The BSPB is also working actively in the wintering grounds and along the flyway of the species. In 2015, representatives from more than 30 countries from the breeding range, wintering grounds and the migration route of the species discussed a future flyway action plan, outlining the most urgent measures to be implemented country by country.

The Fenrir Project: How can people who are interested in the project help and support?

Volen: Everyone can support the conservation of the Egyptian vultue by volunteering, raising awareness and by becoming the messengers of pro-ecological thinking among your circle of family and friends. You can visit our website: www.lifeneophron.eu and find out more.

The Fenrir Project: What are the biggest challenges for the project and the vultures?

Volen: One of the biggest challenges is to stop illegal poisoning. Usually, poisoning baits are not directly targeted at vultures but rather at carnivores like dogs, wolves, hyenas, lions etc. However, vultures easily find the poison baits. The Egyptian vultures are even more susceptible feeding on small dead animals and pieces of meat. Poisoning is still a serious threat in Greece and in the wintering grounds. Along the migration route, Egyptian vultures fly over countries like Lebanon, Syria and Egypt where poaching is a big issue. Another serious threat awaits them in the wintering grounds. Hunters from Nigeria hunt vultures in neighbouring countries e.g. Niger, Chad and Cameroon. In Nigeria, the vulture parts are then frequently used in voodoo and traditional medicine. Even though there are many, we are determined to make the impossible to save this symbolic species from extinction.

The Fenrir Project: Is there anything else you would like to mention or add?

Volen: The only way to change the world is to believe, be active and, most importantly, to start the big change from ourselves.